THIS BALL CHANGES EVERYTHING

Large SoftFast Core Increases Speed and Distance - High speed core design is significantly larger for increased ball speed and distance through the bag. This core also works with the mantle system to deliver the highest resilience and speed.

The new Chrome Soft X is the modern Tour Ball, and we’ve reengineered every aspect of the design to deliver maximum distance for the elite player. It’s the fastest, most advanced ball we’ve ever made, AND it provides the exceptional feel and outstanding spin control you expect.

The remarkable distance starts with our new high speed core & Dual Mantle system. The inner core in Chrome Soft X is significantly larger and generates high ball speeds, particularly off the driver and especially with higher swing speeds. This solid core design is enclosed by the Dual Mantle, which works with the core to efficiently maximize compression energy at impact.

The Soft Inner Mantle and a highly resilient Firm Outer Mantle work together to generate increased ball speed off the club face. This innovative system is specifically created to increase total distance.

More speed also comes from our new, thinner Tour Urethane Cover, which is extremely durable and resilient. This thinner cover helps to optimize spin for each club in the bag, promoting lower spin off longer shots, outstanding control on approach and short game shots, AND excellent feel off your irons and wedges. And a new aerodynamic pattern completes the performance package, reducing drag to provide even longer distance and consistent trajectory.

“We’ve reinvented Tour ball performance again with our new Chrome Soft and Chrome Soft X,” said Dr. Alan Hocknell, Callaway SVP of R&D. “Redesigning both models from the inside out allows us to give golfers more of what they want in a Tour ball – long distance, great feel and a spin profile that promotes low spin on full shots and high spin around the green.”  The new generation of Chrome Soft and Chrome Soft X are prime example of the rewards Callaway is reaping from its continued commitment to improving its world-class golf balls manufacturing plant in Chicopee, USA. 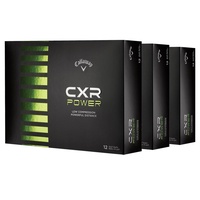 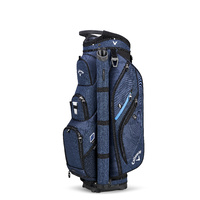