The M5 driver has a new multi-material head, designed as close as possible to the speed limit through a new breakthrough face technology. Utilizing a new manufacturing process, each head has been individually speed tested on multiple positions before being strategically injected with tuning resin to achieve the tightest possible tolerance to the legal limit of speed. This optimized face combined with a more efficient inverse T-Track delivers a fast, forgiving, and personalized driver that's designed to increase ball speed for every golfer." Todd Beach | Senior Vice President RD and Engineering

In 2018, TaylorMade engineers developed a new path to performance with Twist Face technology. To counteract the high-toe miss (a hook), the driver face was modified open (loft increased & face opened) on the high-toe to help straighten ball flight. Similarly, to counteract the low-heel miss (a slice) the driver face was modified closed to de-loft and close the face in the low heel area.

In 2019, TaylorMade has taken Twist Face to the next level of performance with the introduction of Injected Twist Face technology, exposing the false narrative that speed limits have been reached in a metalwood.

There are four key features to the design of Speed Injected Twist Face that allow TaylorMade to maximize ballspeed, working in unison to allow every M5 & M6 driver to be precision-tuned with a new, rigorous process to maximize speed to the allowable limit.

Every M5 & M6 driver head is inspected, measured, and tuned for maximum speed and to ensure conformity; a process truly unmatched in the golf industry. Whereas current drivers have a level of variation from one to the next, TaylorMade’s new engineering and development processes effectively deliver a level of precision that ensures every golfer gets a hot & fast driver head.

The drivers have been designed with a thinner, more flexible face, in fact, initially designed above the legal limit before going through the tuning process, a process in which resin is injected to ensure maximum speed for each head. The injection process utilizes two new tuning ports on the face of the driver (both M5 & M6 models) and a proprietary algorithm to ensure the appropriate amount of resin is used, systematically dialing in the speed for each driver face.

A significant benefit of the thinner, faster face design is that it provides the M5 and M6 drivers with faster off-center COR, effectively increasing forgiveness. The new face design is optimized with up to a 20% reduction in thickness that results in a 66% larger sweetspot in the M5 drivers over the M3 and more than 100% larger than the original M1 in 2015.

TaylorMade first shifted the paradigm of adjustability with the introduction of the original T-Track in the M1 driver. In subsequent models in 2017 & 2018, the sliding weight system evolved into the Y-Track, which allowed for more than 1,000 unique CG configurations, which more than doubled the number attainable in the 2017 M1.

In the M5 & M5 Tour drivers, a new Inverted T-Track makes personalization more intuitive and simplified than ever and allows the golfer more precise CG adjustability with 1770 unique CG configurations; made possible through the allowance of 20 grams (two 10g weights) of moveable weight to be utilized for both the benefit of heel to toe control as well as front to back CG adjustment.

Though there are 1770 unique settings, the adjustability process has been made incredibly intuitive with high/low & draw/fade settings. The front-to-back CG shift allows the golfer to fine-tune their ball flight through launch angle and backspin. The flat curvature of the front/back track provides the lowest CG possible regardless which weight setting fits the golfer best; this promotes high launch and low spin in any of the M5’s weight configurations.

It also provides a wide range of MOI options—position both weights all the way forward for the lowest CG projection to maximize speed with very low spin, push the weights all the way back into both sections of the Inverted T-Track and maximize MOI and ballspeed protection on mishits. The result gives the golfer up to one degree of launch angle and 600rpm of spin change as well as 25 yards of left-to-right adjustability.

For even further personalization, the 2° loft sleeve allows for the adjustment of the loft, lie angle and face angle of the driver; and when combined with the Inverted T-Track, makes the M5 the company’s most customizable driver in company history.

TaylorMade’s composite technology has been in development for more than fifteen years. In the M5 & M6 drivers and fairways, TaylorMade ushers in the 4th consecutive generation of its carbon composite technology. TaylorMade engineers were able to incorporate composite panels that continue to unlock performance with a more efficient mass distribution compared to a traditional metalwood construction.

The use of composite crown and sole panels save weight from the traditional construction of drivers and fairways. This increased discretionary weight is used to create an optimized center of gravity to deliver a hotter trajectory with increased forgiveness. The 2019 M5 & M6 have also increased the overall composite crown footprint by 10%. 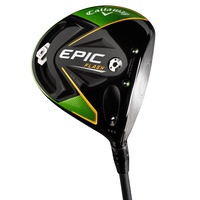 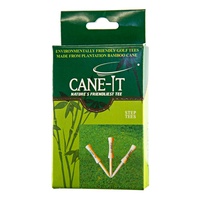 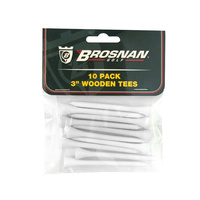