It began with a challenge from the game’s greatest players. A mission to solicit speed from every detail of the driver, embarked on by a collection of uniquely-gifted R&D minds. The TS Project is a peerless pursuit of speed where every micron and milligram matter. Two letters that mark the way to the future of Titleist Speed.

ULTRA-THIN CROWN -  Reduction in crown thickness – 27 percent thinner than the prior generation 917 fairways – allows weight to be shifted lower and deeper.

OPTIMIZED WEIGHT DISTRIBUTION. Refined crown and face thicknesses create a lower CG for higher launch and lower spin. The resulting MOI is up to 11 percent higher than 917, creating a powerful combination of speed and stability.

“The new TS2 fairway is unlike any fairway we’ve ever made. It is a high-launching, low-spinning distance machine that is unbelievably forgiving and will change the way many players look at a fairway wood with how easy it is to get up in the air. TS3 is also incredibly fast and forgiving and allows those players who like to work the ball or need more shot control to really dial-in their performance.” Said Josh Talge, Vice President, Titleist Golf Club Marketing

An enhanced Active Recoil Channel (ARC) merges with the Titleist Speed Chassis to launch the ball off the face with higher launch, lower spin and more speed. ARC 3.0 has a taller design than its prior generation, producing even greater face flexibility for a more consistent deflection and increased ball speeds across the face. While the Titleist Speed Chassis obsoleted the need for ARC in TS drivers, it remained a crucial technology for TS fairways due to shots being hit off the turf, low on the face.

DISTANCE IS IN THE DETAILS

It’s not one thing, it’s everything. Our new Speed Chassis is the result of a two-year mission to deconstruct the driver and then design greater speed into every detail. Now available in two designs, each born to bring the future of Titleist speed to your game.

More than 75 players around the world have switched to new TS2 and TS3 fairways since they debuted at the PGA Tour’s Quicken Loans National – including Justin Thomas, who earned his first World Golf Championship title at Firestone with a TS3 9.5 driver and TS3 15 fairway in the bag. Jordan Spieth (TS2 15), Bill Haas (TS2 15, 18), Brian Harman (TS2 13.5, 18) and Jimmy Walker (TS3 13.5), have also put new TS fairways in play. 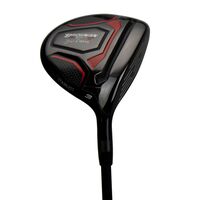 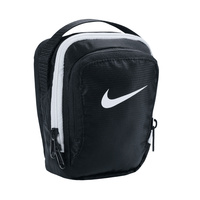