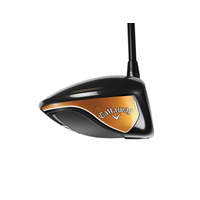 "From the minute we tested it, I knew 2020 couldn't get here soon enough" - Xander Schauffele

MAVRIK delivers incredible ball speeds technologies led by our A.I.-designed Flash Face SS20 architecture, high-strength FS2S Titanium, AND our new Cyclone Aero shape, which differs drastically from our recent driver shapes to promote faster head speed. The Cyclone shape is shallower from front to back, with a flatter crown, and a sole design that sweeps upward dramatically in the rear to create a markedly higher trailing edge. That’s how we decrease drag for increased clubhead speed.

The head’s internal and external weighting includes a single, fixed 5g weight positioned at the sole’s back-center, to promote mid-level spin and a moderate draw bias. Available in 9º, 10.5º and 12º lofts. 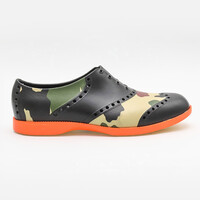