To dramatically change driver performance, you have to dramatically change driver dynamics. That’s what inspired Callaway R&D to break away from our own industry-leading metalwood design protocol to once again re-invent the driver. Callaway took the revolutionary technologies that made GBB Epic the best-selling driver in the U.S. and supercharged them to create Rogue, a driver that combines all we know about boosting ball speed with a new, MOI-enhancing shape that delivers extraordinary forgiveness. 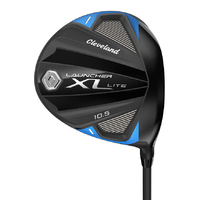