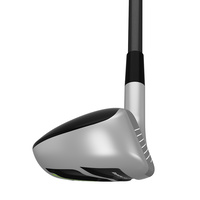 Tour Edge hybrids and iron-woods have been setting standards for years as industry pioneers in hybrid club advancements. The Tour Edge R&D team continues the tradition in the new Hot Launch HL3 hybrid.

The new club that comes in two lofts designed to replace standard irons features a 450 stainless steel head with a redesigned face that is thinner for a greater spring-like effect and added distance. The shallow face/high toe design produces an expanded sweet spot for an incredibly easy to launch hybrid.

“When we tested HL3 internally and with independent robotic testing, we found that the performance is extremely close or better than clubs that price out two to three times more,” said Executive Vice President of Tour Edge John Craig. “To be able to offer top-tier performance at a fraction of the cost is a major leg up in an industry that is more used to seeing prices going up rather than coming down. With HL3,you can get the best of both worlds; leading edge performance and a retail price that won’t break the bank.”

HL3 technology also delivers incredible forgiveness, as well. A forged Maraging steel face with a shallow face combined with Variable Face Thickness technology provides more contact points on the face that provide better off-center hit distance. The Power Channel on the sole behind the club face is designed to deliver amplified ball speed and less spin, as well as added forgiveness on shots struck lower on the face. 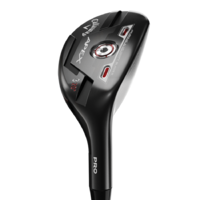